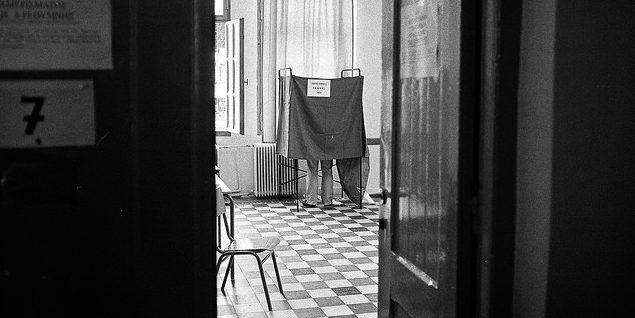 Last week in GOP-land, the Republicans had their come-to-Jesus moment and embraced Donald Trump as their nominee. “Sure, he’s a lunatic,” some suggested, “but look at the alternative.” They shuddered at the thought of Hillary Clinton, who, in addition to (or perhaps because of) her political leanings, was seen as corrupt, untrustworthy and prone to poor judgment. (Yes, all of these things have also been said of Trump, but I digress.) This left those of us on the Left scratching our heads: “How can anyone support Trump just because he’s from the same party as them? He’s done X, Y, and Z! Hell, he’s invented his own letters and done those, too. If you vote for him, you’re embracing fascism.”

Ah, how I miss last week. It was a simpler time, before we had to go and have the same conversation within the Democratic Party about whether we liked our nominee. Hillary Clinton, after all, is not perfect, as many of her supporters admit with phrases like these: “Yes, she’s hawkish on foreign policy, which hasn’t always gone well.” “No, she hasn’t, whoops, been upfront about the whole classified email thing.” “Yes, she’s handled #DNCLeaks by hiring Debbie Wasserman-Schultz to her team, which seems like a bad PR move.” “No, she hasn’t released transcripts from her Wall Street speeches even though she intimated she would.”

And, in response, some GOP voters are saying to us, “How can you possibly vote for her just because she’s from your party when she’s done X, Y, and Z ? If you vote for her, you’re for corruption, dishonesty and a lack of transparency.”1Which was a shocking revelation for me.

You can argue that I’m making a false equivalency, and that might be true, but that doesn’t mean people on both sides don’t feel like the other candidate would be the end of the world. So let’s be honest: If we choose to vote for a flawed mainstream candidate, it doesn’t mean we agree with them on all counts or condone every action they have made or will ever make. Nor does it mean if we vote for Candidate A that we are opposed to everything Candidate B stands for.2That’s why we have gay Republicans, the unicorns of the political world. Our political system is bipolar, but it isn’t black and white. We understand this reflexively from our notions of how politics works. There are compromises to be made at every level, and these compromises begin in the voting booth.

Our political system is bipolar, but it isn’t black and white.

However, if we individually feel compelled to compromise too many of our own values at the outset by voting for the least-worst option, we are not really endorsing what we want. We are merely preventing what we don’t (and then trying to move forward when a more opportune moment strikes). To many, that is what a wasted vote feels like, not choosing to vote for Jill Stein (Green) or Gary Johnson (Libertarian).

Just as we all approach the question of who to vote for using a different set of values, we navigate the question of how to use our vote based on a different set of priorities. If you choose to give your vote to a third-party candidate, it will not magically reappear in another candidate’s column. To suggest otherwise is like saying, “Your vote matters, but only if it’s for the leaders.” Instead, whoever you vote for will be a reflection of what is most important to you this election  — whether that be your values or your fears, your hopes or your pragmatism. All of these factors are equally valid. But what your vote can never be is a reflection of everything that is important to you. It’s just one vote.3Unless you’re the person that all those voter ID laws in Texas were written for. So when you choose the metric that fits you and decide who to vote for — whether it’s Clinton, Johnson, Stein, Trump or none of the above, you don’t have to explain yourself — I’ll understand why you did it.